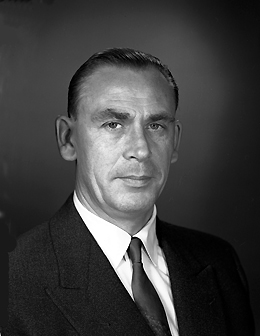 Born in Shropshire, England, on January 23, 1919, Dr. George King found his deep spiritual interests early in life. He found expression in traditional Christianity, but he soon learned there was more to spiritual life than the Orthodox could show him.

Dr. King first turned to psychic phenomena and quickly became skillful at this research. He was able to delve beneath the superficial nature of things and their causes.

Still searching for more, he began to study yoga. Dr. King practiced this ancient science for 8-12 hours a day for the next 10 years. His mastery of terrestrial phenomena and his mind made him a “Knower”.

At this point Dr. King, in his early thirties, was determined to help humanity raise itself from universal suffering and ignorance, and his life’s mission became apparent on May 8, 1954. While alone in his London apartment, a loud, physical voice delivered the following command:

“Prepare yourself! You are to become the voice of Interplanetary Parliament.”

Because this message came out of the blue without explanation, Dr. King was initially shocked by the implications of this statement. With his mastery of terrestrial phenomena, he knew what he had heard was real.

A few days later, a world-renowned Yoga Master whom he knew was alive and active in India, visited him. The Master entered and left through a locked door that he did not physically open.

During the meeting, Dr. King was given a series of highly specialized exercises. These exercises enabled him to enter a higher state of consciousness to establish a mental rapport with the Cosmic Masters who inhabit the higher planes of other planets.

Because Dr. King had become a Master of Raja, Gnani, and Kundalini Yoga and was able to attain the elevated state of consciousness known as Samadhi, the Cosmic Masters of the Solar System began to use him as the “Primary Terrestrial Mental Channel,” in order to give their message to Earth.

All of Dr. King’s personal business ambitions were abandoned from the moment of the Command. The information from the Space Intelligences grew in importance and urgency.

With their direction, he founded “The Aetherius Society” and began publishing the journal, Cosmic Voice. He lectured throughout Britain and served as the channel for numerous Transmissions from Cosmic Intelligences.

On May 21, 1959, under the glaring lights of the British Broadcasting Corporation, Dr. King demonstrated yogic Samadhi on live television. The reason for this demonstration was so that a Cosmic Master from another planet could speak to Britain. An estimated viewing audience of several million saw this unique television event.

In June 1959, guided by Cosmic Authority, Dr. King came to the United States of America where the Aetherius Society was incorporated as a non-profit organization in November 1960.

Over the next two decades he continued to act as Primary Terrestrial Mental Channel, recording over 600 Cosmic Transmissions from the Space Masters. This collection of transmissions constitutes the most priceless metaphysical library in the world, with a range and depth of teachings without equal in the annals of occult Truth.

During his life, Dr. King also performed and designed several Cosmic Missions. These metaphysical operations are in cooperation with the Cosmic Masters, providing global healing and a greater karmic balance for humanity as a whole.

The Cosmic Teachings and Spiritual Missions that he left behind provide the foundation stones of the New Age and are the heritage of each of us.

Despite being ahead of his time and a virtual revolutionary to traditional orthodox doctrine, Dr. King received considerable recognition for his life’s work from many different sources. He received numerous awards and titles for his charitable and tireless work for humanity, including:

• The Prize of Peace and Justice from The International Union of Christian Chivalry. Previous recipients of this prize include Albert Einstein, Mother Teresa, and Albert Schweitzer.

• A Grant of Arms by Her Majesty’s College of Arms in London, England.

• Chaplain of The American Federation of Police. 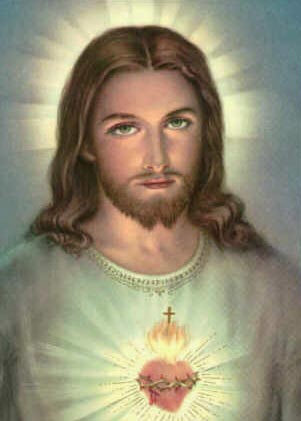 By His suffering and death, Jesus gave mankind a huge grace period to spiritually evolve. Because of Him, we are all free from certain painful lessons we would have endured through karmic experience.

“And when Jesus went out He saw a great multitude; and He was moved with compassion for them, and healed their sick.” -Matthew 14:14

“Then great multitudes came to Him, having with them the lame, blind, mute, maimed, and many others; and they laid them down at Jesus’ feet, and He healed them.” -Matthew 15:30

Lord Babaji – The oldest living master on the planet was another significant influence on Jude’s spiritual development. 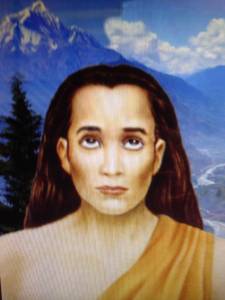