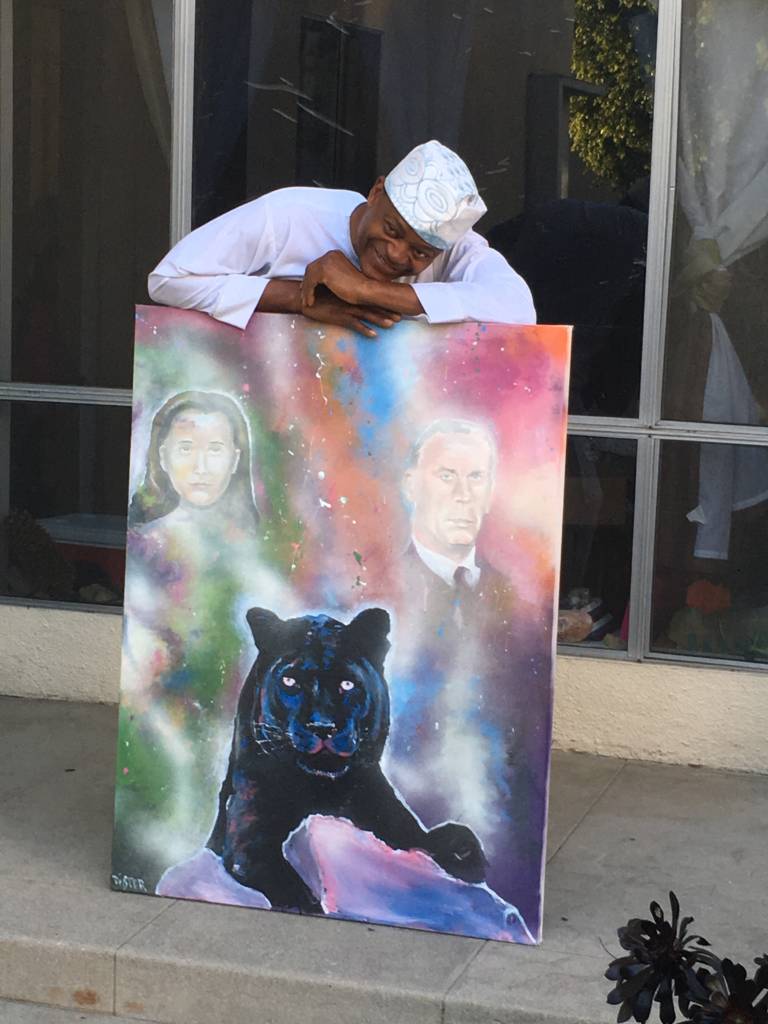 Jude is a spiritual healer with over 20 years of experience in Shamanism and yogic healing techniques. Born in West Africa, Jude trained under his grandfather who was a fourth-generation Shaman. His spiritual education was further enhanced when he traveled to Los Angeles to meet yoga master Sir George King, the founder of the Aetherius Society (a spiritual organization spreading teachings of wisdom and selfless service to humanity.) There he mastered The King Technique which utilizes the major chakras (energy centers) to fill the body with spiritual energy so that the body may heal itself. This Spiritual Healing technique is practiced and taught by Jude to healers of all traditions, including western medical professionals. Although his work has taken him all over the world for lectures and healings, he currently resides in Los Angeles as a resident Shaman and healer.

Jude’s passion and decision to dedicate his life’s work to service for mankind was shaped by a blend of influences from his family’s Christian religious background and traditional African shamanism.

At first glance, these two spiritual belief systems seem to stand at odds with each other. In fact, when Jude’s uncle, Bishop Mark Unegbu, brought Christianity back to their Nigerian village where Jude was volunteering as a teen altar server, it was met with resistance from his grandfather who was a native shaman in their village. The village’s primary spiritual belief system had been African shamanism for many generations and was practiced by the native doctors also known as the  “Dibia,” in their native language.

Understandingly, his grandfather did not understand the Christian tradition. Bishop Unegbu showed his father (Jude’s Grandfather) a picture of Jesus and told him he was the son of God that must be followed and revered because of his good works for humanity.  His grandfather then took his hand, led him outside and pointed at the sun saying, “This is God. Jesus is the son of that God.”  He strongly believed that the sun is the closest thing we could consider as ‘God’ because without it there would be no life on the planet. Eventually Christianity and Catholicism became the leading spiritual belief in his village, but a few including the Dibia

Even though Jude and his family became practicing Catholics as well, his grandfather’s wisdom about the earth, natural medicine, and the rhythm of the universe persisted in his heart. His grandfather had a profound influence on him as a child and Jude never forgot the times he assisted him, picking up wisdom and secrets of the universe however he could, whenever he could.

As Jude’s spiritual journey continued long after his grandfather’s death, the belief about the sun was later confirmed by Jude’s spiritual master Dr. George King. Jude studied under Dr. King for years and learned his method of advanced spiritual yogic healing techniques. Jude is forever grateful to his master, not only for teaching him these techniques, but also for guiding him towards his life purpose as a spiritual healer.

Arguably one of the most respected healers in the world, Jude’s passion for healing continues to burn brightly and propels him to give healings and lectures all over the globe, garnering remarkable testimonies from countless healed and happy families in the Americas, Europe, the Middle East and Africa. He also continues to spread the wisdom given to him by his teachers to whoever will listen in an effort to help free people from pain and suffering. His first book called GAZIBOH, The Mother Earth Raises Her Vibrations was a great success leading him to work on his second book set to be released at the end of 2019.
For all booking inquiries or for any general questions, please feel free to contact us at judethehealer@gmail.com.